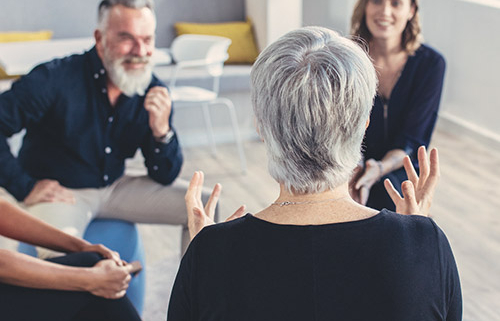 With specialized coaching, we know toxic leaders can improve their behavior so they no longer lose their temper, treat others with disrespect, and lead through fear.

If you are exploring options for a toxic leader in your organization, you would probably wish for a magic wand to make the “dysfunctional” behavior go away. It can happen, however, by exploring the journeys of three formerly abrasive leaders, the research of Lori J. Tucker (see references  at the end of this article), provides a unique angle that helps build empathy and understanding for those who cause harm in their organizations.

What you need to know is that toxic leaders can improve but it’s not easy. It’s hard work for the leader and they need the right support. Your ability to understand the leader, and not just their victims, will help you be a positive agent of change in your organization.

If you are an HR manager, L&D manager, CEO, or a board member hoping to extinguish abrasive behavior in your organization, you need to learn these key insights from leaders who have successfully reformed their behavior.

Toxic Leaders Don’t Know How Bad They Are

The first step of the coaching process with an abrasive leader is to help them understand the impact they have on others. Although, the degree to which the leader’s abrasive behavior affects the people around them may be so obvious to you and other bystanders, it may not be obvious to the leader at all.

“Vincent [one of the formerly abrasive leaders who participated in Tucker’s research whose name was changed to protect his identity] described himself as being aware of his behavior yet not aware of ‘how deep the abrasive behavior negatively impacted people.’ It was not until the executive coaching that he comprehended how deep in the organization the impact of his abrasive behaviors had cascaded. (Tucker, p122)”

Another leader “disclosed, ‘My whole life everyone told me I need to lower my voice and not be like I was on the edge of my seat — I have always been kind of jumpy — right on the edge of the seat kid. So, I’ve tried to change that.’ Yet, he confided, “I’ve never really thought I was all bad, either. I like the passion and aggression.’ (Tucker, p150)”

The bottom line: Don’t assume that the abrasive leader in your organization understands the impact they are having on others. The right coach using the right strategy can help build the leader’s awareness.

The Crucible Moment Was Key to the Leader Making Change

When working with a toxic leader, some of our clients are hopeful that by gently nudging the leader and dropping subtle hints, they will one day see the error of their ways and change their behavior. The evidence suggests something altogether different.

If you want to help a toxic leader, the stories of these three formerly abrasive leaders state that you need to intervene with authority, clear consequences, and a belief that they can improve.

Vincent was the CEO of his organization and he was confronted by the Chair of the Board. The intervention was “very scary and humbling”, reported Vincent, and the imposed requirements were clear. “He had to a) engage with an executive coach, b) reduce the number of external board commitments, c) obtain a physical, d) provide mental and physical health records, e) adhere to twice-a-year 360 evaluations, and f) increase the number of one-on-one dialogues with the chairs. (Tucker, p103).”

The strict requirements communicated to Vincent the seriousness of the situation and that the organization cared enough to do something about it: “I got the sense, the authentic sense, that they wanted me to succeed and that they were going to be supportive. Even though they had to give me that hard-hitting feedback together, they also wanted me to succeed. So, their support was really important to me.”

One of the formerly abrasive leaders was told he had to go through a coaching process or he would be fired. His “initial reaction was to get defensive. However, he acknowledged that it made him feel good to know that the company saw value in him, wanted to keep him around, and offered to incur the coaching expense. Yet he acknowledged, ‘It made me realize I am on this ice, too.’ (Tucker, p128)” He later added “I was forced to do it, but I was still going to do it…I knew I had to do this…there was just no option. (Tucker, p128)”

Jimmy [the third formerly abrasive leader in Tucker’s research] revealed that May 6, 2004, which he now refers to as ‘5604’, “‘was the day I got called out by my peers for bad behavior.’ He described it as ‘a very emotional day’ (Tucker, p147)” “Jimmy confided that he broke down in his office [after being called out]: ‘It was such a defining moment.’ It was then, in his office, that Jimmy made a conscious decision to make a change. If he did not, he admitted, ‘I was going down a bad path.’ (Tucker, p148)”

The bottom line: Orchestrating an intervention with authority and clear consequences may seem overhanded but, if delivered with care and support, may be just what the leader needs to commit to improving.

Improving the behavior of a toxic leader is not a one-time activity that has a clear beginning and end. The leader has to go through an arduous process to make change and in order to make it stick, they need to continuously exercise self-control and overcome the fear – held by others – that they may revert.

Jimmy explains the ongoing challenge: “‘I had to be vigilant all the time. I always had to be constantly monitoring. It takes up a lot of energy. I am wired one way and I knew I had to focus some level of mental energy to keep things on track. Over time it got easier. As I continued to develop these skills, and they became habits, they became more automatic. For a while, it was constant vigilance.’ (Tucker, p 166)”

Vincent, meanwhile, recognized that his abrasive behaviors caused the people around him to be on edge. He knew that even if he apologized, the memories of abuse would not go away. Even years later, he reported that “‘Sometimes it can be disappointing or frustrating that someone thinks that I might be reverting, when it is not even possible — I am not even remotely close to behaving abrasively.’ …Those reactions, ironically, instilled in him the desire to stay focused on extinguishing that behavior. (Tucker, p 113)”

Bottom line: Since the behavior change process is ongoing, sometimes for years, the organization has to make a big commitment to the success of the leader to properly see it through. Usually that requires a significant upfront investment and potentially ongoing support into the future.

If you need help with a toxic leader in your organization, reach out to Noomii today for a free consultation.

Are you looking to introduce the topic of coaching to your organization? Check out this detailed guide written by Noomii CEO Stephan Wiedner: https://go.noomii.com/coachingebook

Want to join the discussion?
Feel free to contribute!